As part of the qualification process, a three metre long personnel recovery davit was designed and produced to meet international and naval specifications. The assembly was then function tested to more than twice its design working load. Following the successful load test, non-destructive and destructive testing, the results were reviewed by all parties before the final verification statement was issued.

The printed material (davit) was subjected to extensive testing by the John de Laeter Centre and the Curtin Corrosion Centre at Curtin University. Researchers utilised advanced microanalysis instrumentation to generate high quality microstructural information and images. In addition, the mechanical and corrosion characteristics were assessed and compared against established marine grade metals. 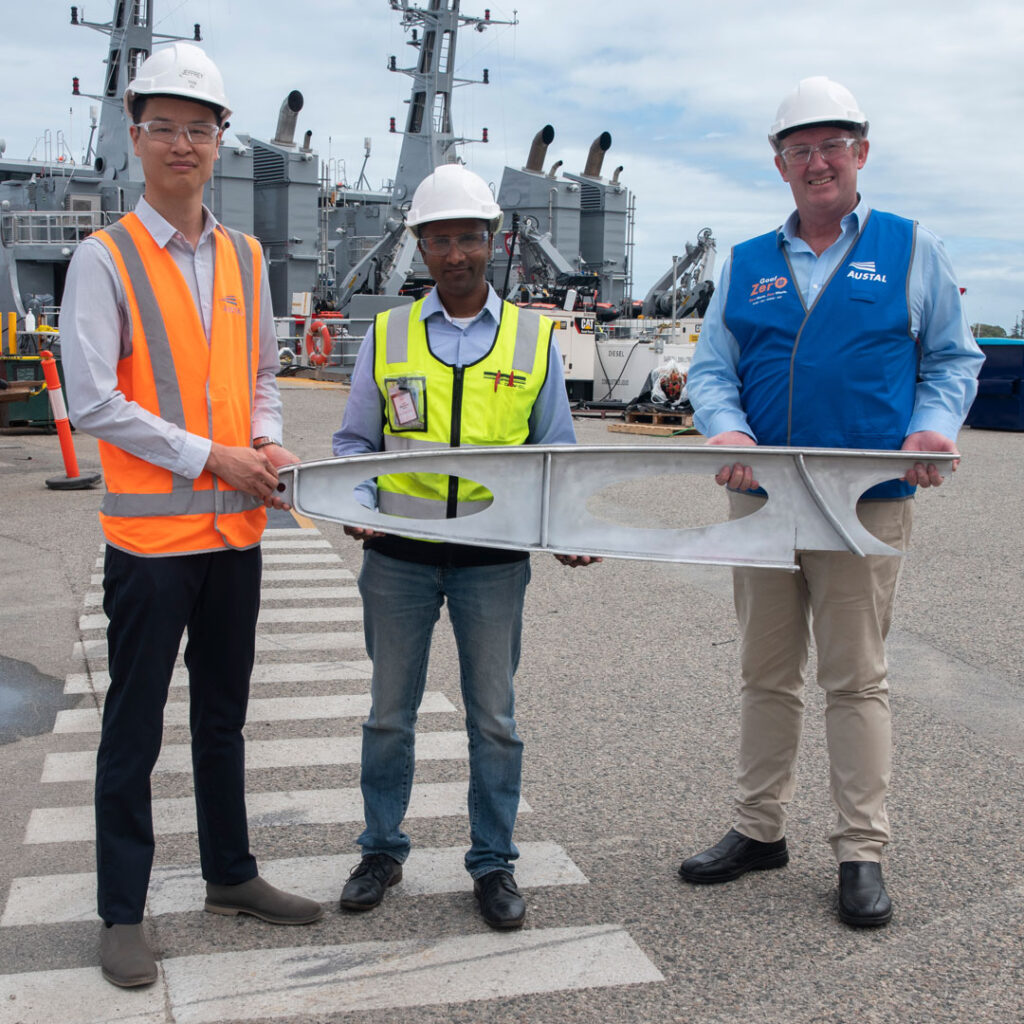 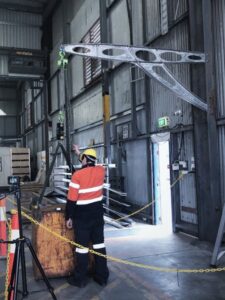 The davit produced through additive manufacturing was comprehensively function tested to twice its design load, by Austal (image: Austal Australia)

“We’re proud to have been able to partner with Austal and demonstrate the advantages of our proprietary Wire Additive Manufacturing (WAM®) capabilities in the creation of the Davit Arm. Additionally, we are equally as excited to see this WAM® printed component receive an official verification statement by DNV. This now offers averification pathway for a much wider range of components that can now follow a similar validation process.

This is a fantastic achievment by the AML3D team, Austal and our other partners in this project. Working with Austal’s vision for implementing Additive manufacturing has been a further endorsement for our own business model and we’re excited for the future.”

“Austal Australia has been working with AML3D since 2019 on the development of hybrid manufacturing approaches that put robotics side by side with our highly skilled tradesmen and women to fabricate large complex structures,” Mr Malcolm said.

“This DNV verification statement for the AM-produced personnel recovery davit shows that these additive manufacturing processes can meet our specification(s), which have been developed to fulfill the requirements to fit components to naval vessels, and we are certainly encouraged by the verification to pursue future opportunities” Mr Malcolm added.

AML3D sees this initial, succesful collaboration with Austal as a conduit to utilise their WAM® technology across a wide range of marine applications.  Interest in the additive manufacturing space has grown strongly in the sector due to inherently low production runs and the specialised nature of many marine parts.

It is expected that additional ‘proof of concept’ and accredition processes will be completed with the wider industry during CY2021 that have the potential to result in a significant order pipeline for AML3D.

This announcement has been authorised for release by the Board of AML3D®.